Projects listed from newest to oldest.

A failed attempt at a bitcoin startup. MyBitSafe provided escrow services of bitcoin transactions for the price of a postage stamp. This was apparently too expensive.

A little Droid application written to become familiar with Droid and the programming language Scala.

A dynamic inline assembler that allows you to run x86 code in a Python application. This somehow managed to get me a limited amount of academic cred.

Compyler is a native x86 python compiler I worked on in 2006 before my interest moved on to other things. Instead of targeting C, compyler targets native x86. It even includes its own assembler which generates native windows COFF files (but no linker so you still need a toolchain to generate a complete executable). Motivation

No I wasn’t trying to get a faster program. I was primarily interested in generating python apps with small footprints. Secondarily, I considering marketing and selling the program as a obfusticater since that request seemed to come up once every two weeks on comp.lang.python. Luckily, that didn’t work out so I decided to release the program under a BSD-style license.

The program is basically abandonware. I don’t really have any interest in doing anything more with this in my spare time, and I doubt anyone would pay me to work on it. That being said, I made a reasonable amount of progress. Several test cases of python code will successfully compile and execute. The most complex piece of code to run is pystones.py (from the standard python distro) but it runs excessively slow. It looks like I don’t have reference counting evened out. There is a testcase that can generate a primitive .pyd file that can be imported by python that works, but generated .exes currently throw an exception when run.

Right now it is windows only. pyasm (the component that generates the assembly) will run on linux, but it doesn’t generate either elf files or something that a GNU assembler can understand. 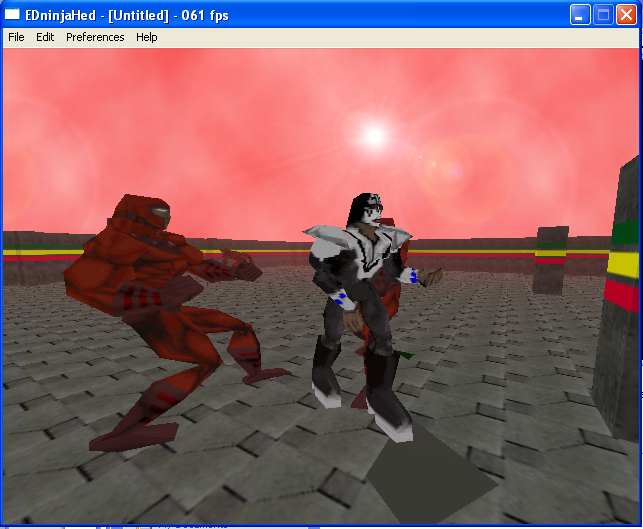 A silly little 3d ‘game’ I wrote in 2000 when I was teaching myself OpenGL and matrix manipulations. Written in primitive pre-STL pre-Boost C++. Code that, in retrospect, is pretty awful. Don’t judge me on this one… Compiled on Microsoft Visual C++. 6.0 In 2000, my computer could barely provide a decent frame-rate, so I didn’t incorporate a rate governor. Thanks to the power of Moore’s law, the frame rate is through the roof in 2010! It contains a built-in level editor. Levels are stored as quad-trees. Character graphics were imported from existing id Software .md2 file format, the format for Quake 2 character. I didn’t design the characters, and unfortunately the site I downloaded them from didn’t provide attribution, so neither can I. Apologies to the artists. And even greater apologies for the voice work. That’s all me…

To ‘play’, download the executable zip. Unzip. Run either the batch file or executable. the arrows will move Ace Frehley. The control key will shoot throwing stars. Try to kill as many Magnetos and Transformers as you can before dying. As in life, there’s no score, it’s an exercise in futility… 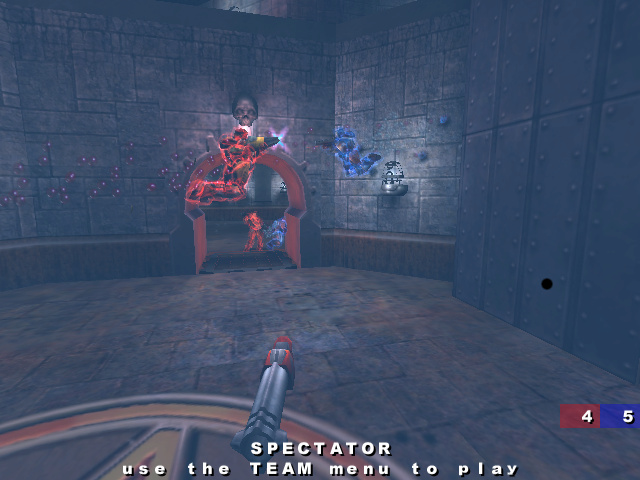 Aqualung is a fairly advanced Quake 3 Arena mod written in 2000. It turned any level into an underwater level, and allowed players to swim through them with full six degrees of freedom.